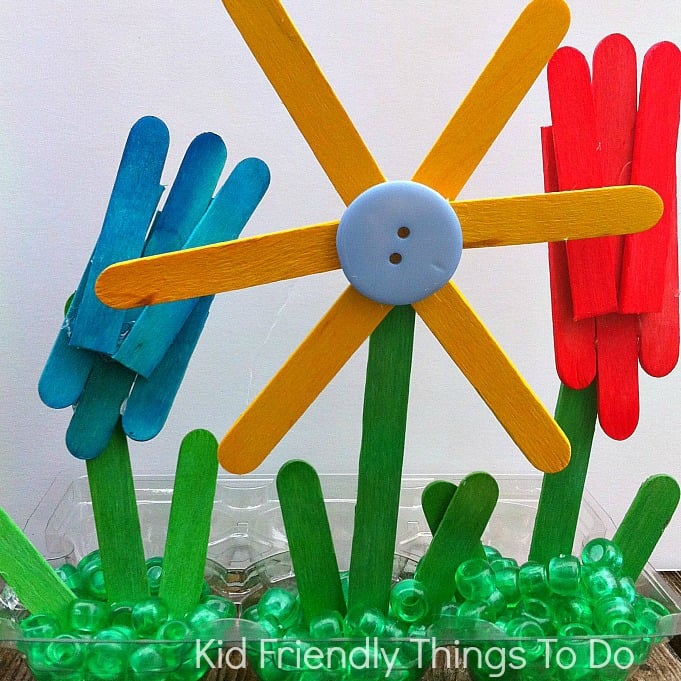 Here’s one I’m bringing out of the archives for you. This cute flower garden craft is perfect for spring and Mother’s Day! These are the sweetest flowers made from popsicle sticks! I love how bright and cheerful they are sitting on my kitchen window sill.  This craft would be a great one for the kids to do for mom, and give as a Mother’s Day gift! Here’s the tutorial:

Don’t miss a thing! If you liked this tutorial A Popsicle Stick Craft: Making A Garden of Flowers – then, follow along for lots more crafts, DIY, party ideas, recipes, and so much more!