Turns out, I did have a fun New Year’s Eve with kids’ ideas up my sleeve! 😉 This is so easy to do. And, (If your garage looks anything like mine right now)…with all of the cardboard boxes from Christmas piled in your garage  – you probably have the supplies! I painted a box with chalk paint so we can simply erase the time and change it as the night progresses, everyone that stays up until midnight gets to pull the strings and watch as Kisses at Midnight drop down for them to enjoy! (Hershey’s Kisses – that is!) 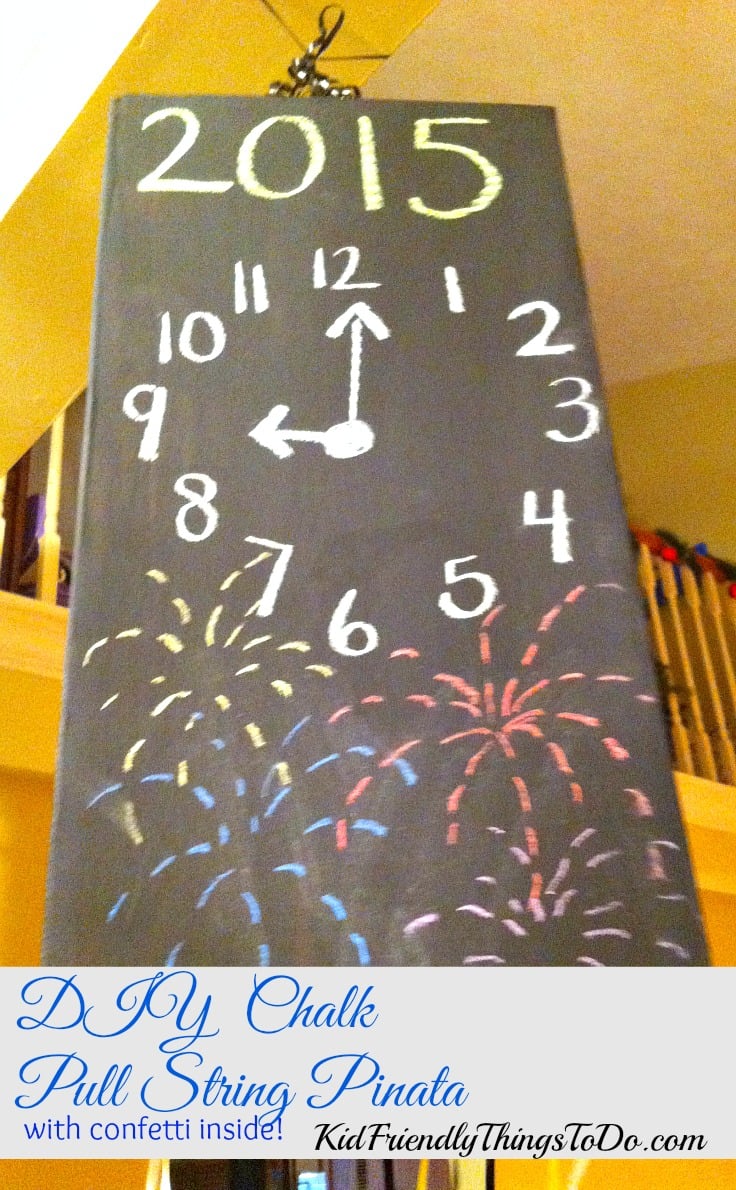 Count down with chalk! Move the hour as the night progresses.

Here’s what I did to make this, re-usable pinata. 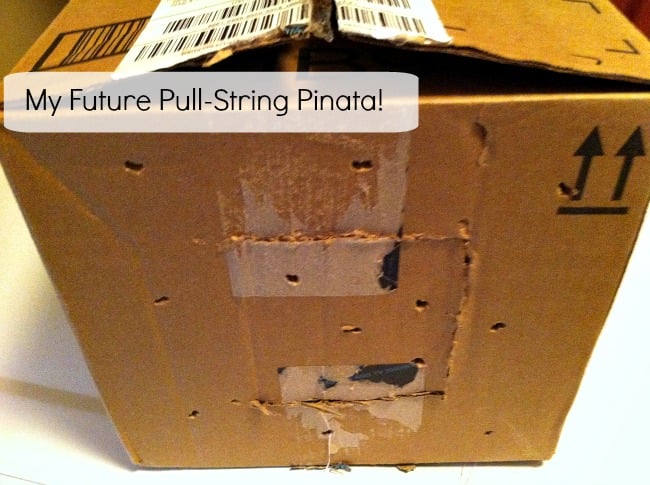