This Vampire Drink is one of the most fun drinks, ever. It’s kid-friendly and perfect for Halloween. Make Vampire Drinks for the kids, teens and the adults in your life this Halloween. Vampire drinks are the perfect drink for your Halloween Party. Come on in and I’ll show you how I make these Spooky, Fun Halloween Drinks… 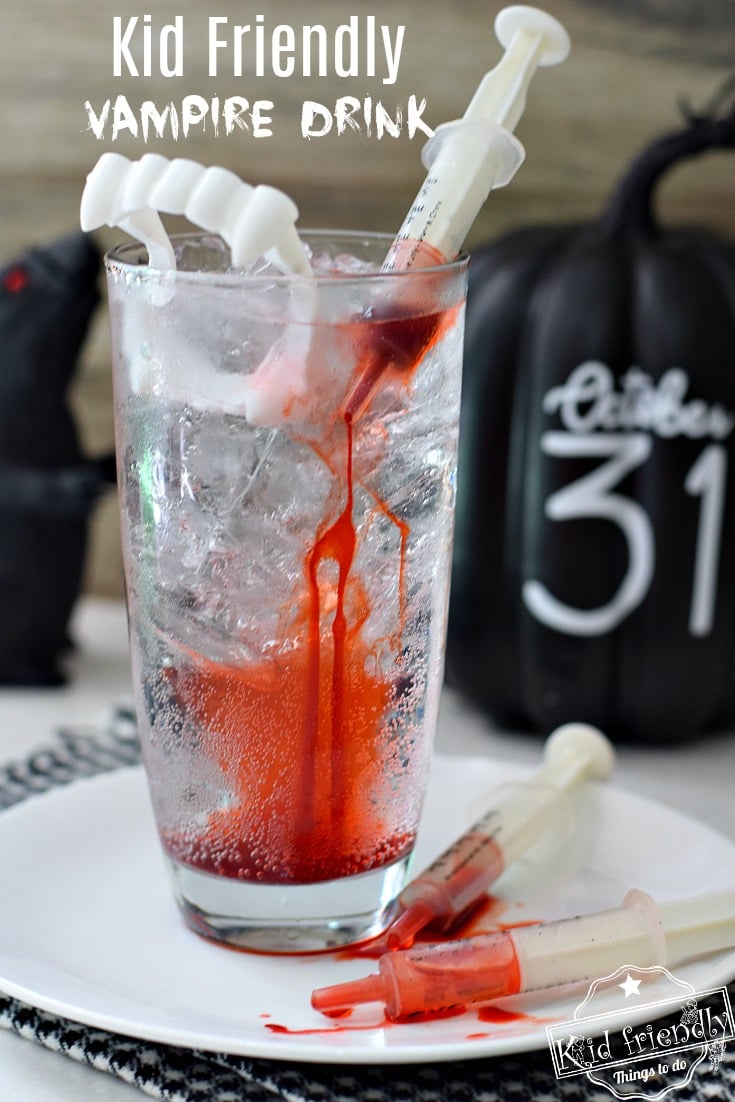 I’m telling you the kids went crazy over this drink. It’s not just cool looking, it’s really good, too! It might be kid-friendly, but it’s delicious enough for the adults to dig in! Just 2 yummy ingredients, spooky looking, and fun, fun, fun! 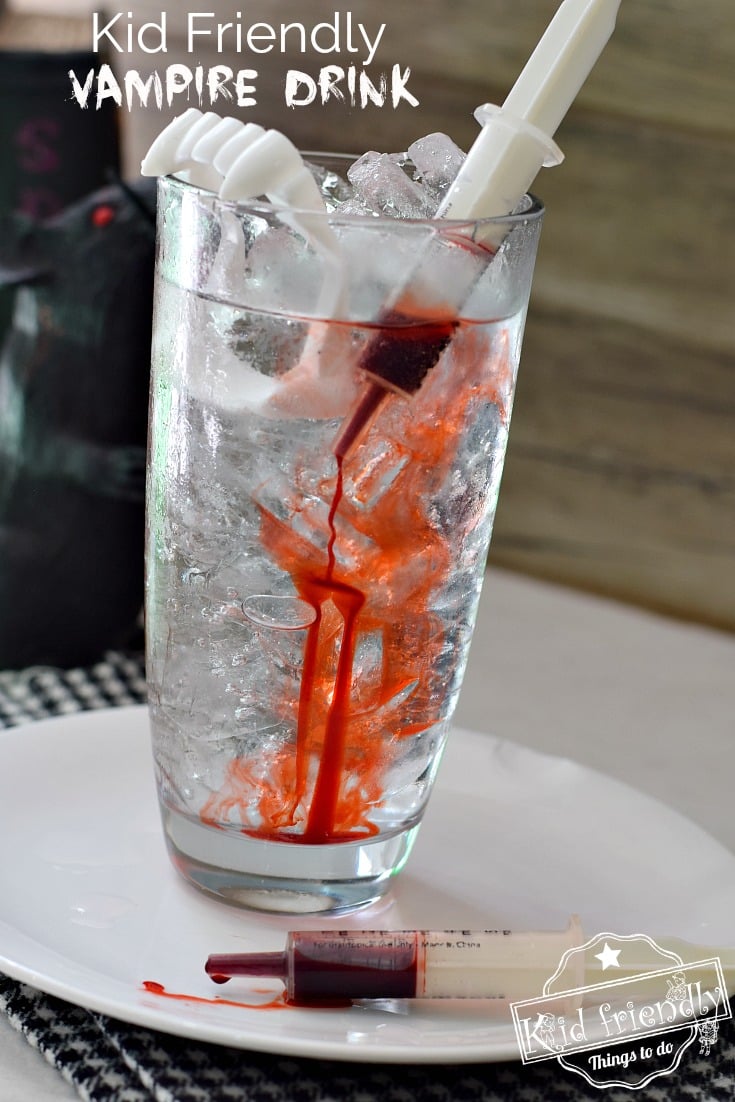 I published the first version of this drink idea a few years ago. My kids helped me realize that I was going down the wrong path with my orange juice idea.  They were in shock that I would consider anything “orange” for a bloody drink. That’s when a light bulb went off, and the Vampire drink was created. I’m so glad the kids knocked some sense into me, because this is way cooler than my orange juice idea. 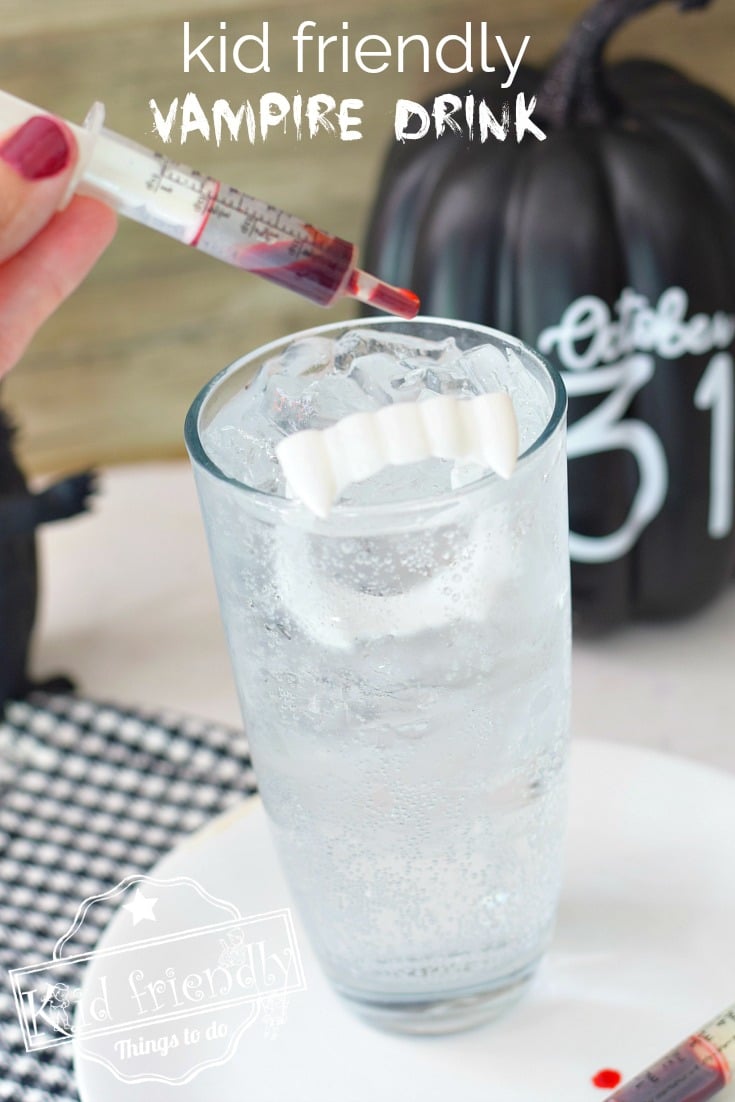 The last couple of Halloween seasons, I’ve tried to perfect the drink idea.

Over the past two years, I’ve tried freezing the Kool-Aid into little ice cubes and even into vampire’s teeth. Both ideas were complete flops. This year, I tried using an idea that I have been thinking of – fill a syringe with the Kool-Aid and it worked like a charm. Trust me when I say, I tested it over 1 dozen times. I even made a video for you, which I will upload ASAP.  Anyway, enjoy the new and improved Vampire Drink for Kids, Teens, and Adults.

Here’s a quick video showing how I make these Vampire Drinks – They are so Easy and Fun!

Here’s What You’ll Need for a Kid-Friendly Vampire Drink Idea. 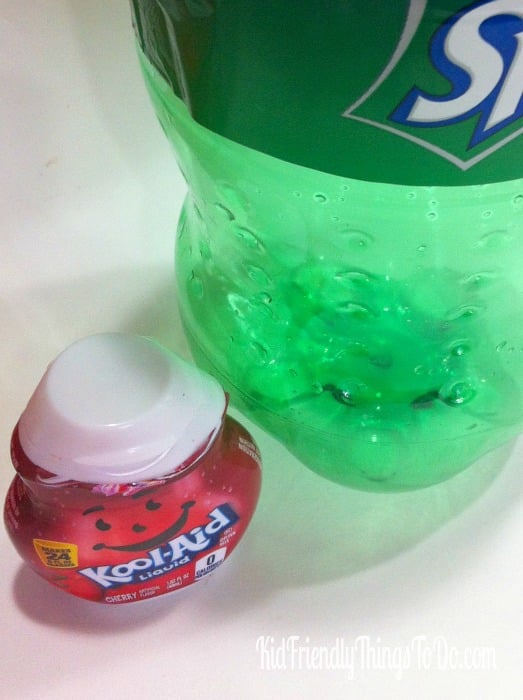 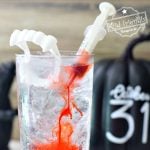 *Eventually, after seeing your cool drink transform before your eyes, most of the Kool-Aid will spread throughout the soda and the soda will take on a layered look. Amazingly, some of the soda will still stay separated from the Kool-Aid. The top half will probably turn a blush color, then red, then clear. The drink starts to combine as you move it around.  If you let the drink sit, it will happen more gradually. I timed my drink that was sitting on the counter,  for about 1/2 hour and it was still not mixed entirely. That cool definition was still there. The Kool-Aid and soda mixed together tastes delicious  – kind of like a Shirley Temple. 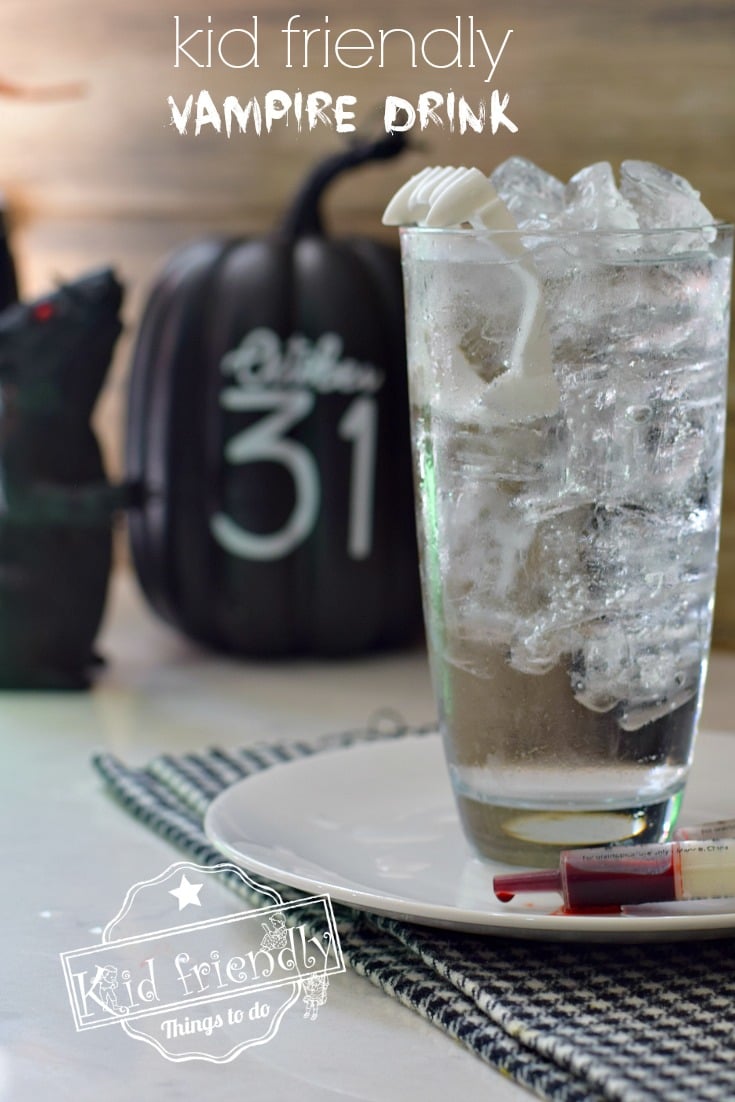 Don’t leave without gaining instant access to all of my crazy ideas, plus easy family recipes and more fun stuff! Sign up, below