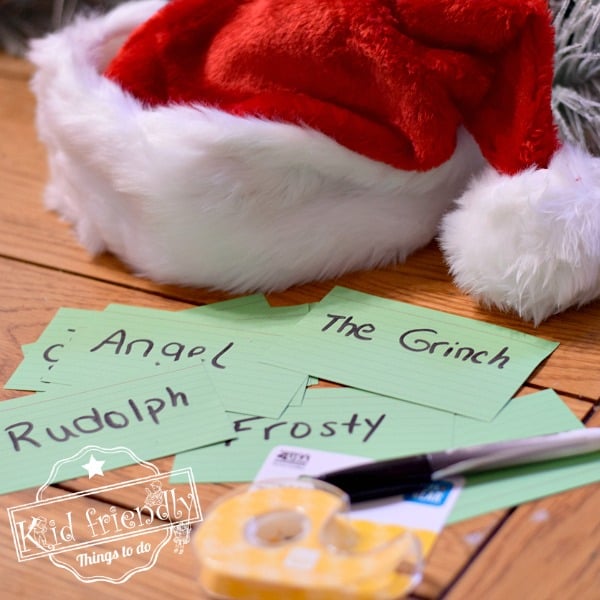 This Christmas Game is a fun game to play with the whole family that requires very little time to set up. It’s a game that will keep everyone guessing, “Who am I?”. This game is perfect for holiday parties, kid parties or family game nights. Come on in and I’ll share how to set up and play Guess Who?… 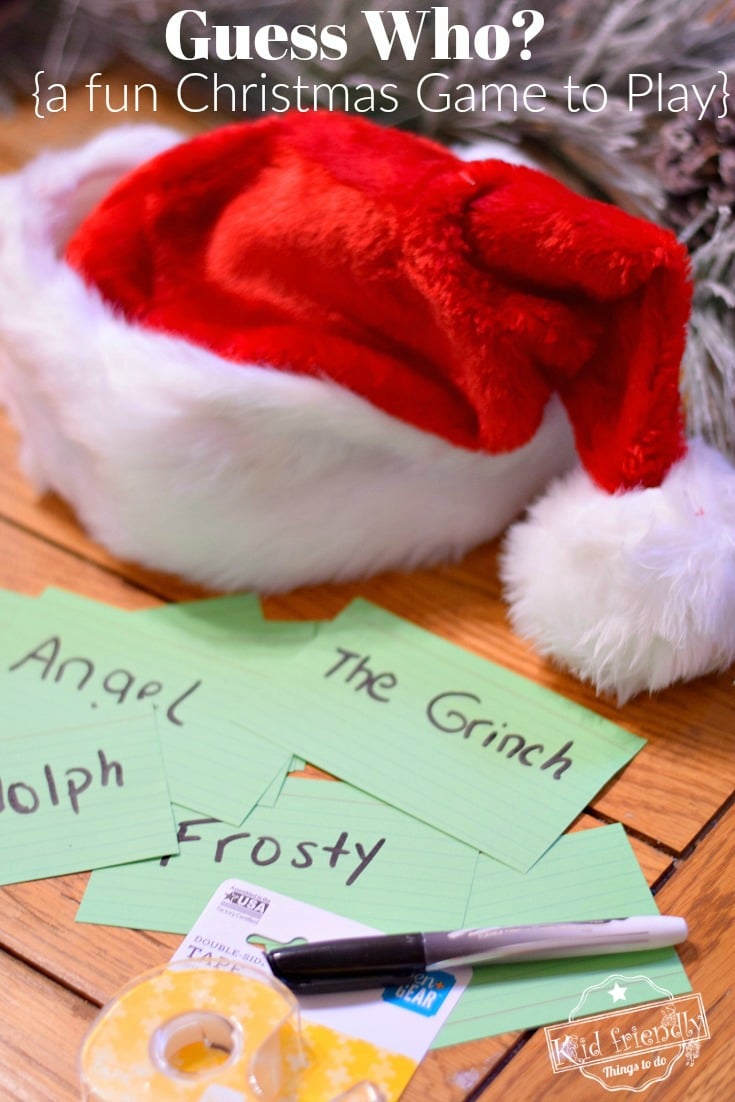 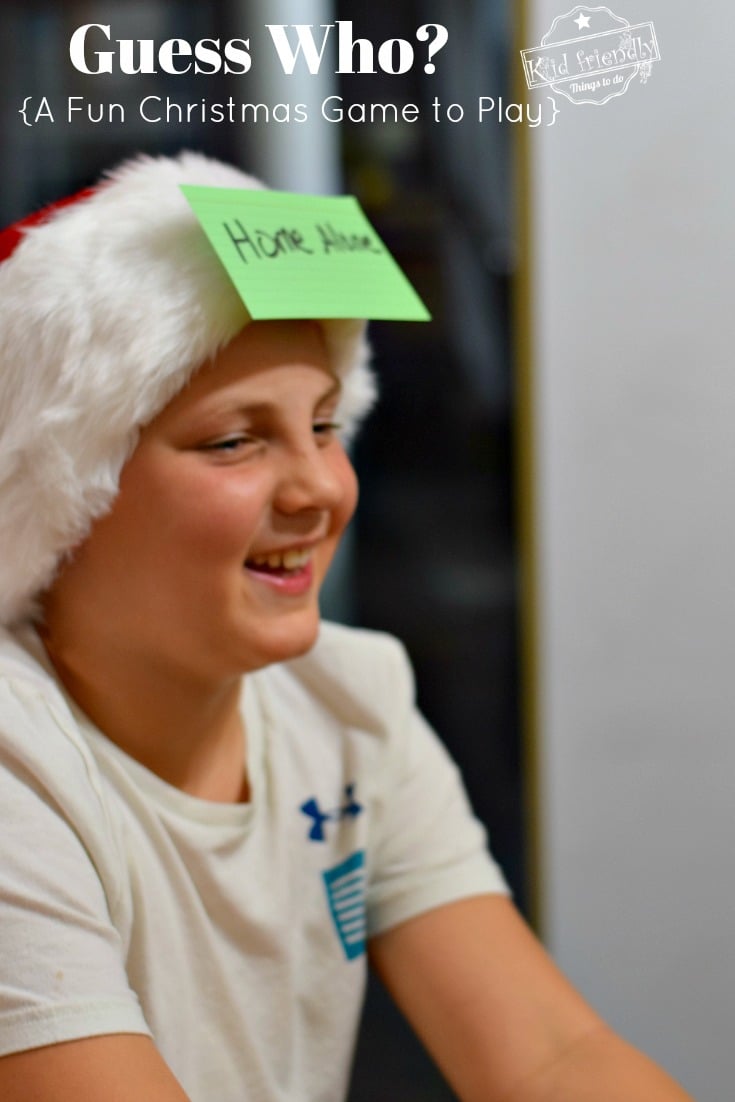 If you’ve ever heard of the game Hedbanz, you’ll know how to play this game. It’s just like it, but with Santa Hats and index cards.

We actually own the Disney and the Original version of Hedbanz. It’s a lot of fun to play for kids, teens, and adults.

You’d think that after owning two Hedbanz Games, my kids would remember the rules… 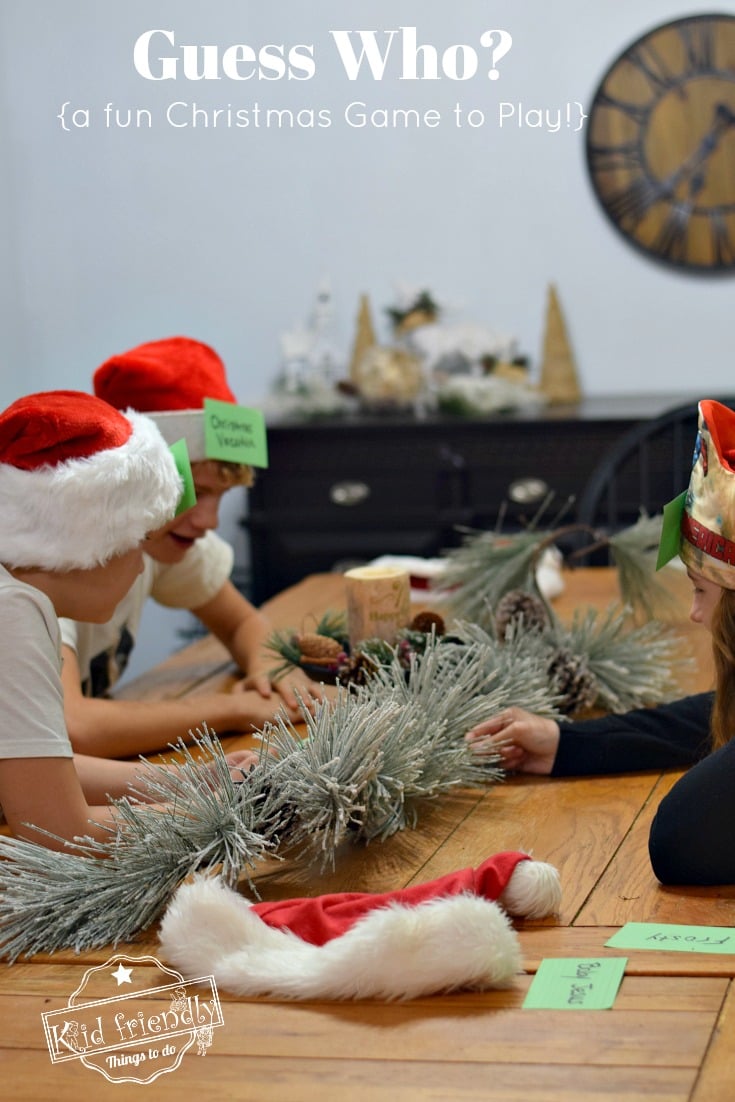 I really should know better, by now. My kids turn everything into a circus. It’s like they’d never heard of the concept of this game before. Luckily, I had extra game cards prepared so the second round went a little bit smoother. Next time, I’ll be sure to explain the rules, in detail before I say go. Make sure you learn by my mistake and help them understand how the game is played before you start. 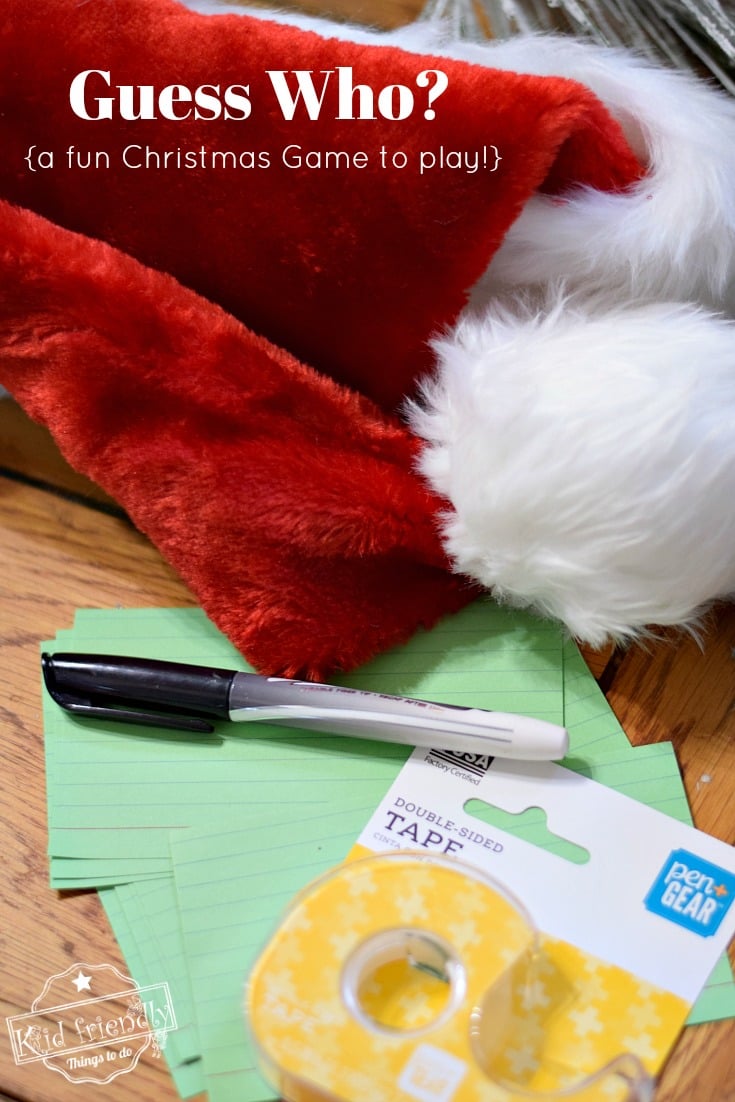 Here are the rules, for you to explain to your kids, a little better than I did for mine.

Here’s What You’ll Need to Do to Set Up and Play the Guess Who? Christmas Game…

What are some Ideas for Guess Who Christmas Game Characters?

Blank Cards – (now that you’ve had some inspiration!)

Here are the rules to Guess Who? – A Christmas Game:

(you can play as teams or individually)

*If you are not playing in teams, players can ask everyone else who is playing to answer their questions

*If you are separating into teams, then players should ask teammates questions

Have fun and Merry Christmas!

A Simple Beauty and the Beast Party Drink Idea For Kids

New Years Eve With Kids | Kid Friendly Things To Do