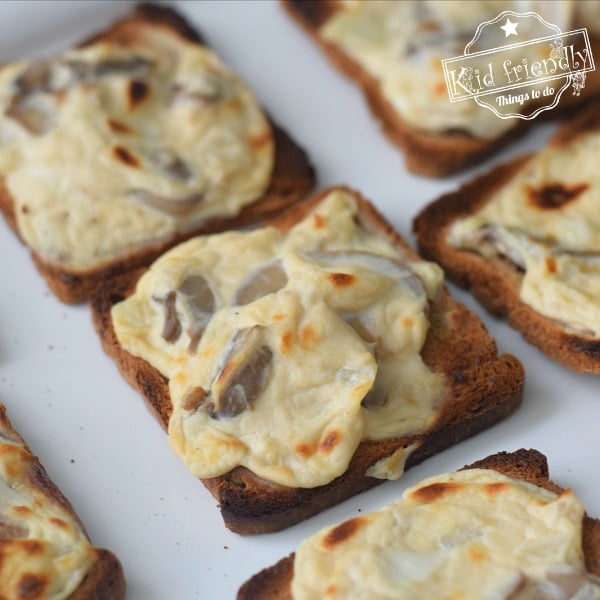 Delicious party appetizers that are sure to be a big hit at any holiday party. Made with cream cheese and mushrooms, these cheesy Party Rye Bread Appetizers are the perfect finger food. 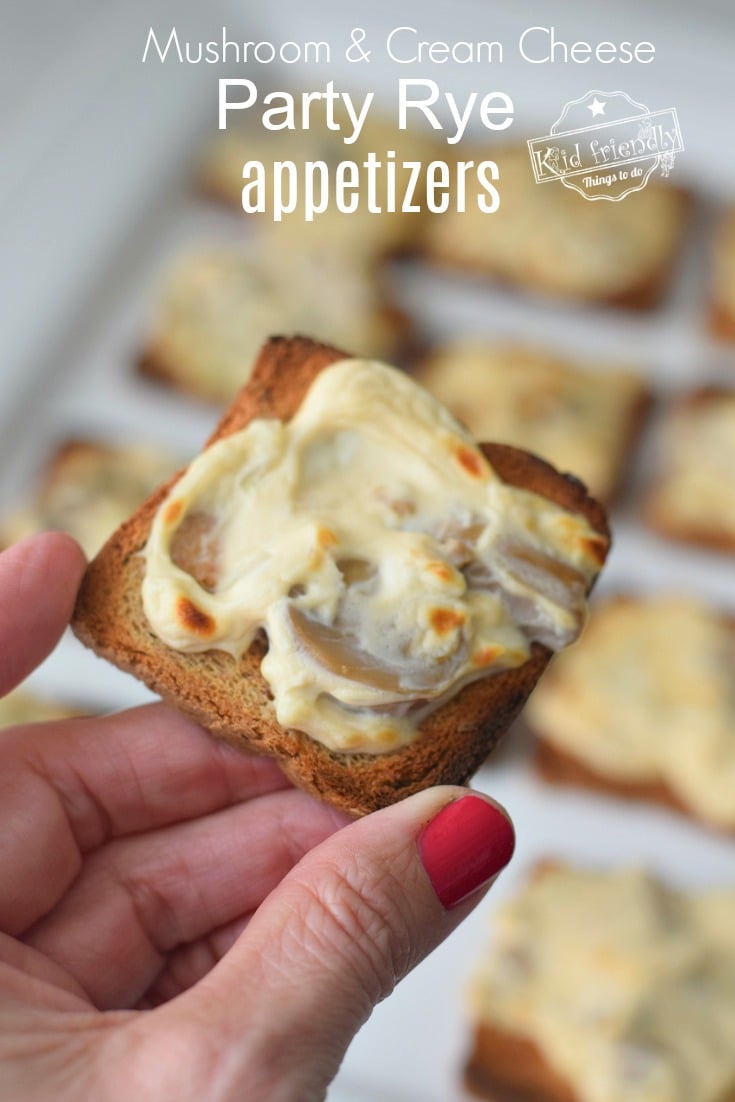 This recipe is from my mother-in-law. She actually calls them Old Wood Road Rye Rounds. She named them after the road she once lived on because they were the constant appetizer for her street’s holiday parties. 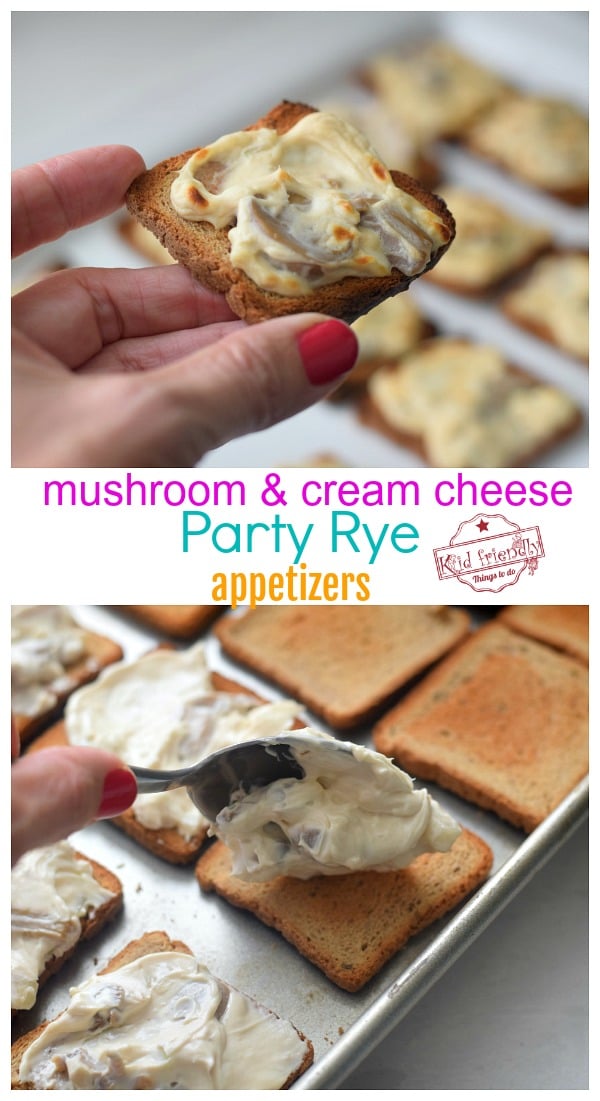 Don’t let these babies escape the kitchen without a few tucked away for yourself. Trust me…the platter will come back empty.

Do you love appetizers as much as I do? You might want to check out my other easy to make appetizer recipes, like: Easy Peasy Taco Dip, Pizza Crescent Ring,   3 Ingredient Sausage Bites

Where Can You Find Party Rye Bread? 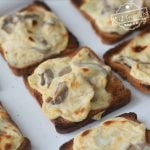 Delicious and easy to make, these Toasted Rye Appetizers are always a big hit!

Storage – best if eaten immediately, but if you have leftovers – store covered in the refrigerator for up to 3 days. Reheat on a baking sheet in the oven until warmed through.

Get Social With Melissa On…

“Keeping it Simple, because who has time for complicated?”