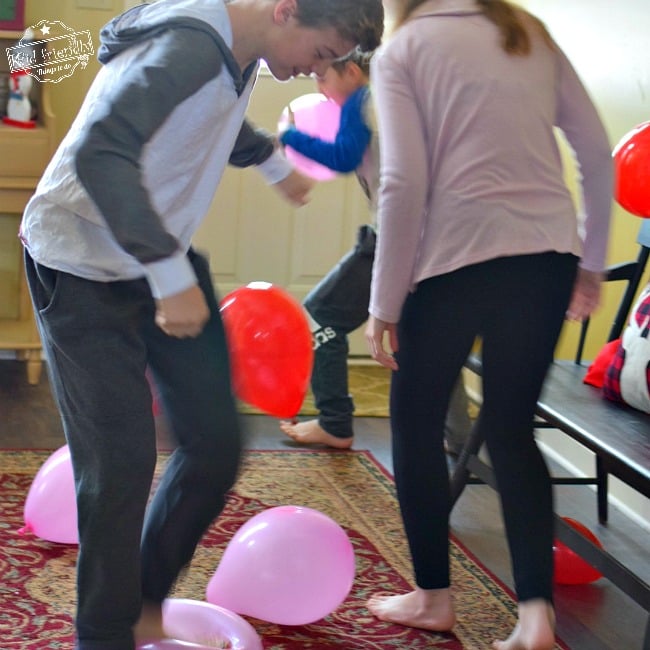 Kids love to pop balloons. It never fails, no matter the age, they love to pop a balloon in any way, shape, or form. This fun game gives kids the opportunity to go crazy stomping and popping balloons plus involves teamwork to get the job done! Come on in and I’ll show you my simple “how to” on Valentine Balloon Stomp Word Scramble Party Game For Kids and Teens 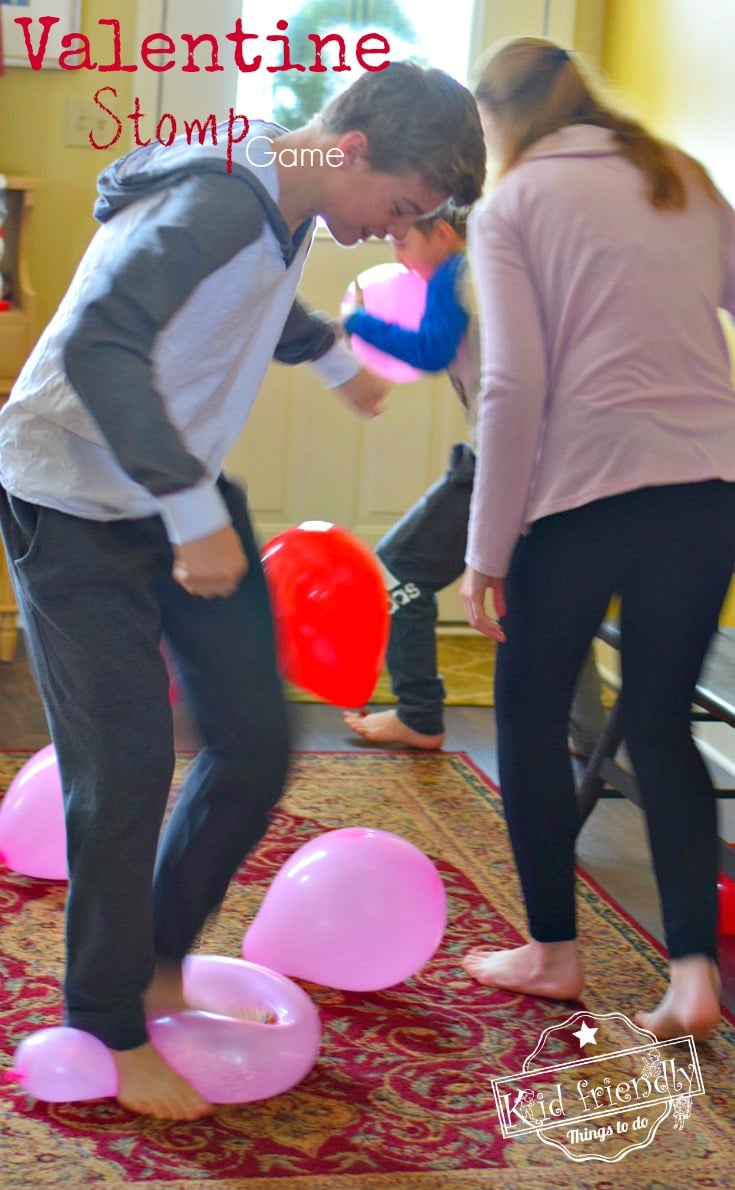 I think my teens got in to this even more than the kids. They were racing each other to stomp on the balloons first. They are competitive like their mama. 🙂 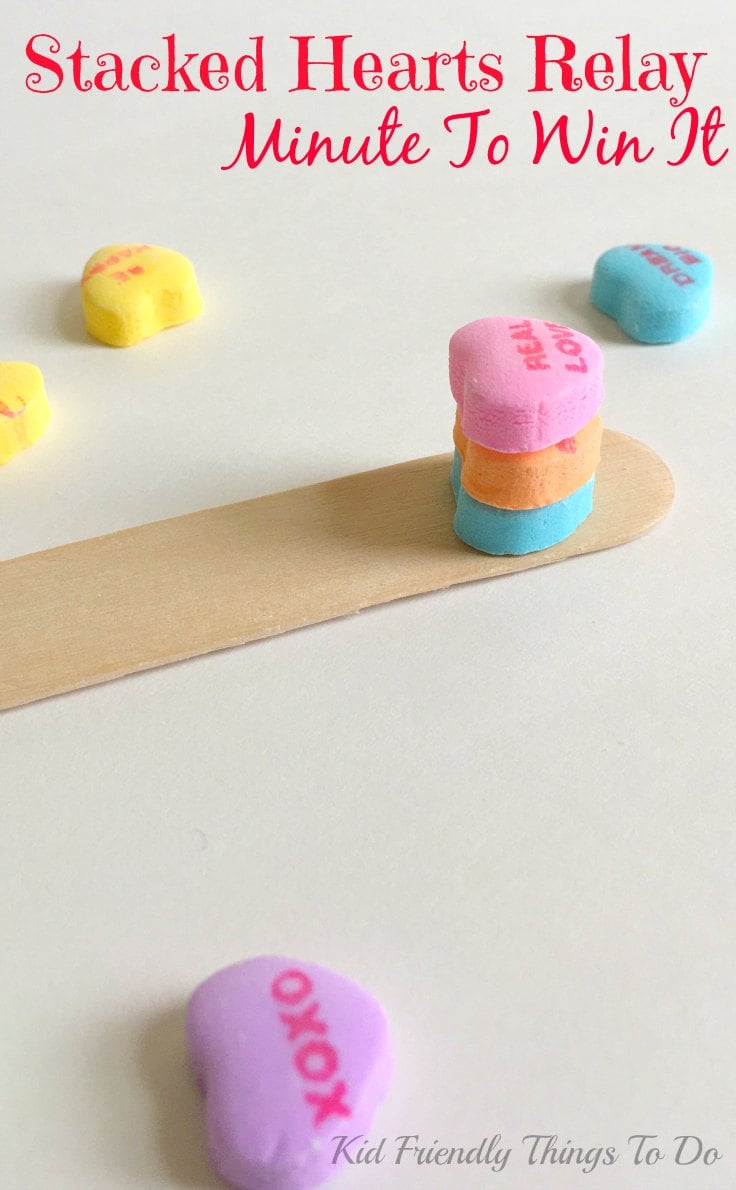 Valentine’s Day Minute To Win It

Make A Christmas Tree From Books

Over 15 Glow In the Dark Party Ideas for Fun with Kids and Teens on New Year’s Eve and More!