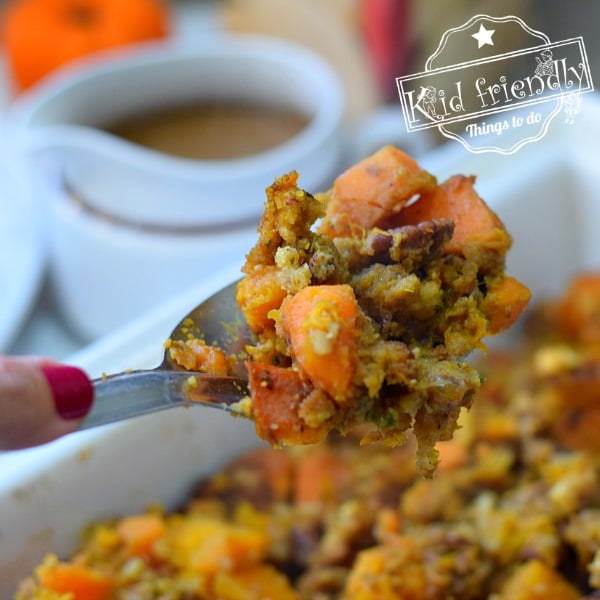 You are definitely going to want seconds of this delicious stuffing. 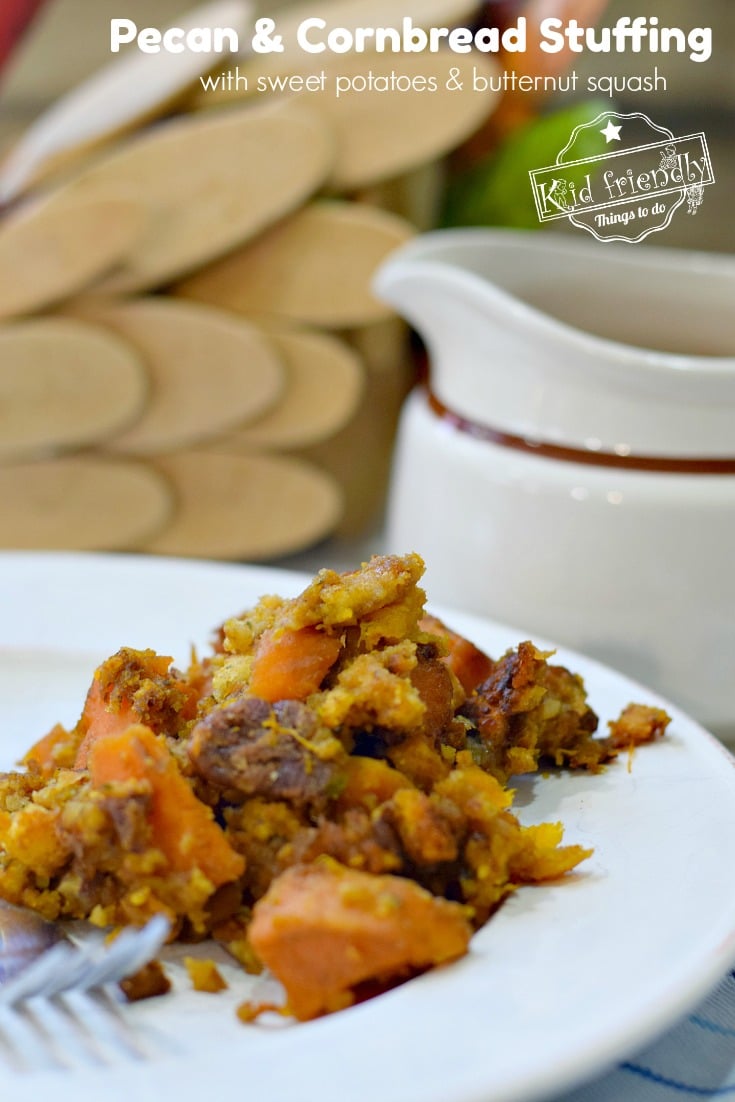 This stuffing is semi-homemade – saving a little time in the kitchen. The cornbread in this recipe is from a cornbread stuffing mix.

What is the difference between stuffing and dressing?

Can you make the stuffing ahead of time? 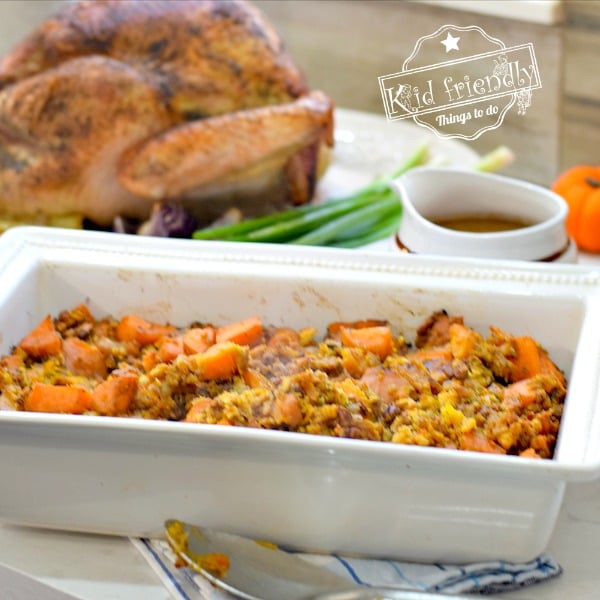 How long will leftover stuffing last in the fridge?

Finally, here is the recipe for Semi-Homemade Cornbread Stuffing:

Pecan and Cornbread Stuffing with Sweet Potatoes and Squash

Don’t forget to get social with me, so you don’t miss a thing. 🙂

Tags: Pecan and Cornbread Stuffing With Sweet Potatoes and Squash

A Substitute For Dishwashing Detergent | Kid Friendly Things To Do