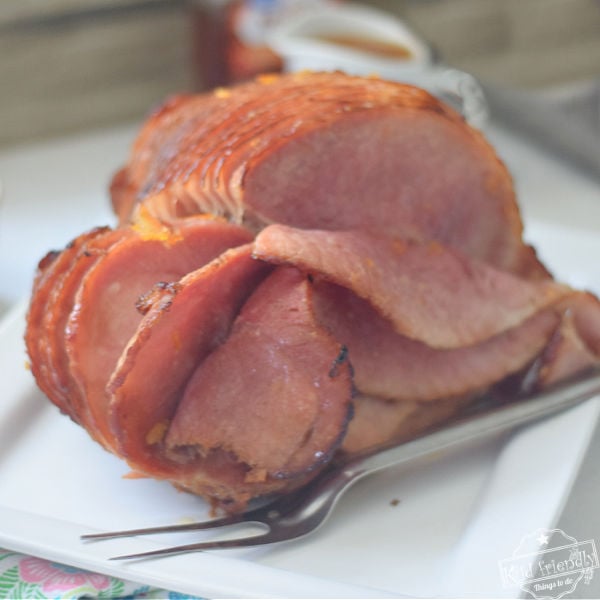 This spiced Maple and Orange Glazed Ham is perfect for the holidays. The orange marmalade and maple syrup are the perfect complements to any ham dish. I think it would be a wonderful sauce for Pork Tenderloin, Chicken, Seafood, and so much more. 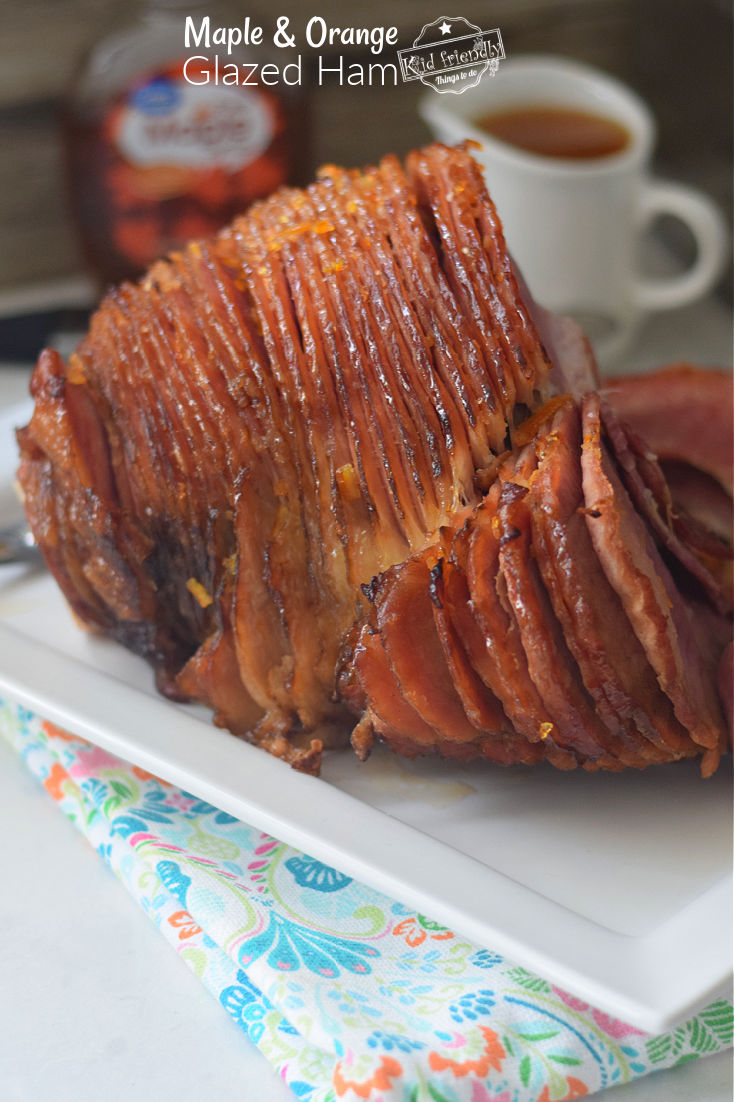 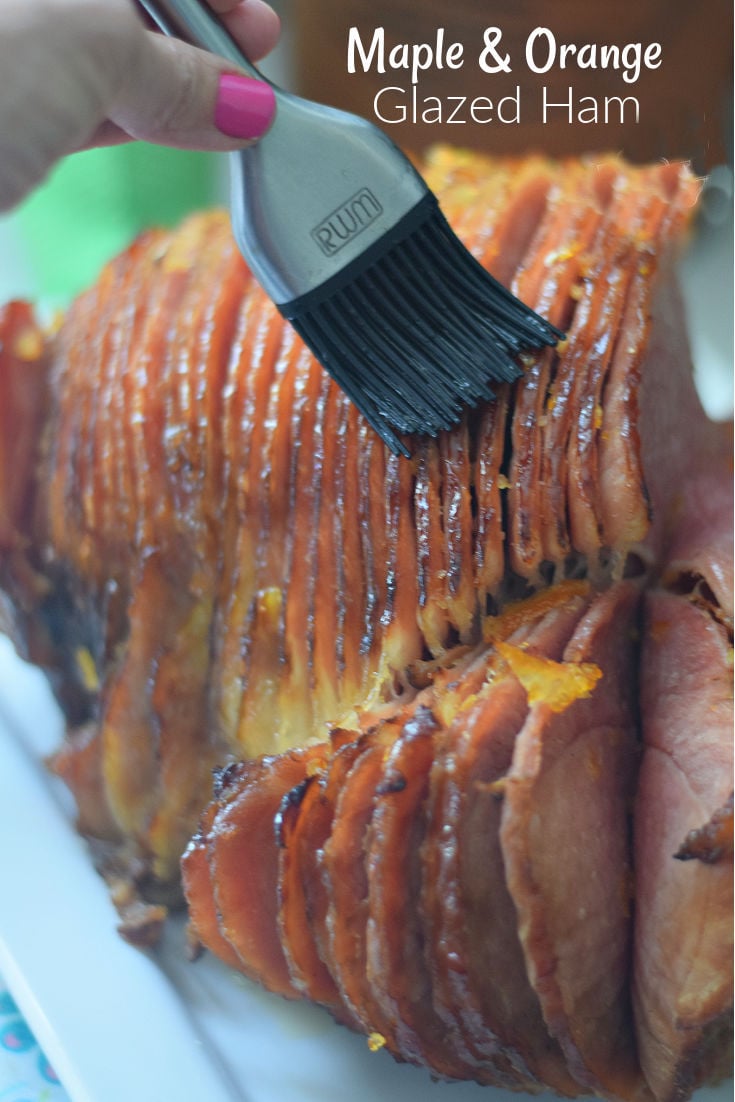 Are you looking for holiday recipes? Try some of my other posts, like… 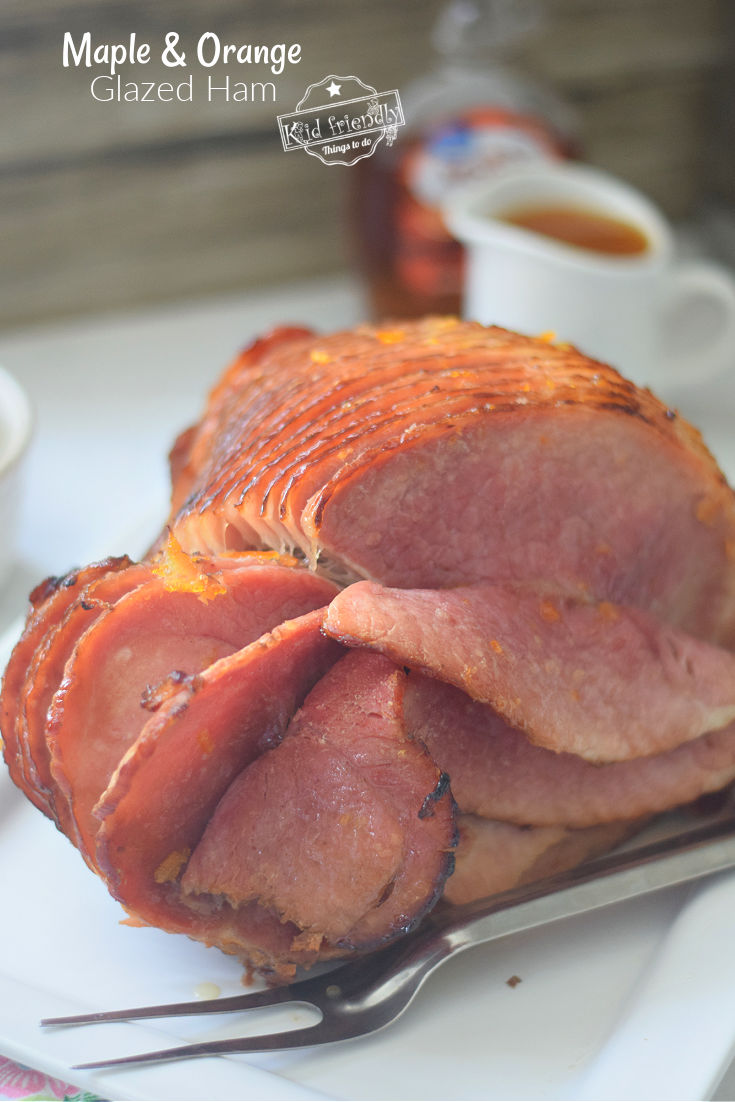 Can you glaze a ham the night before? 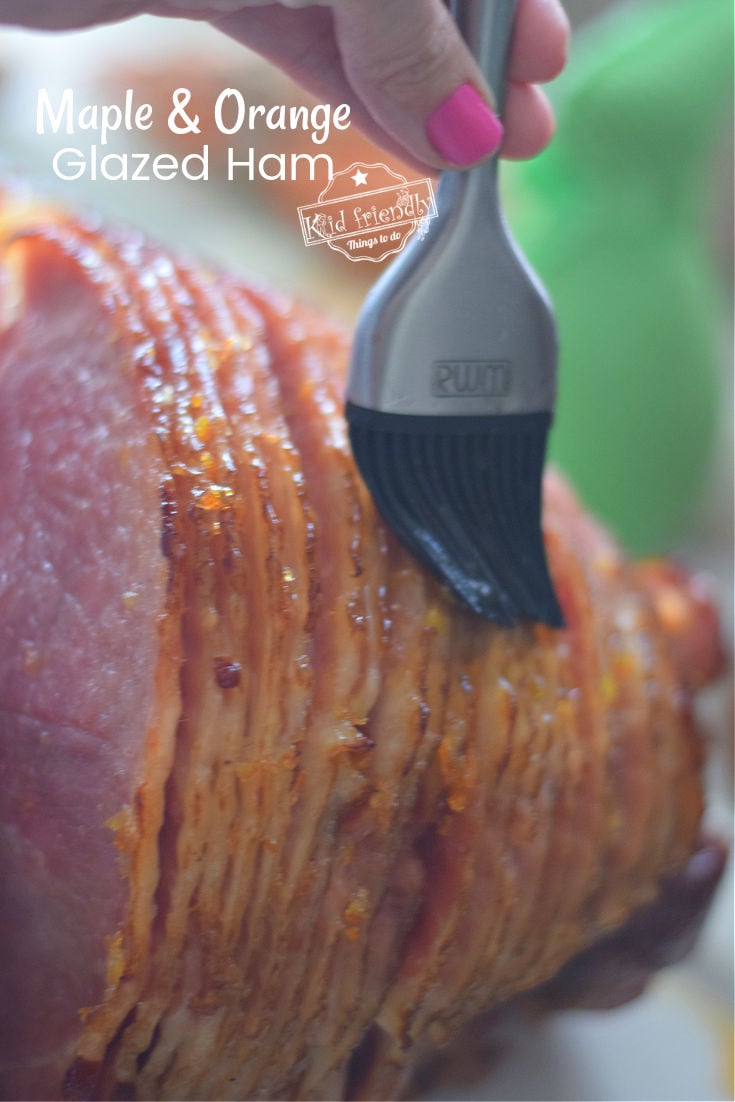 How do you Glaze a pre-cooked ham? 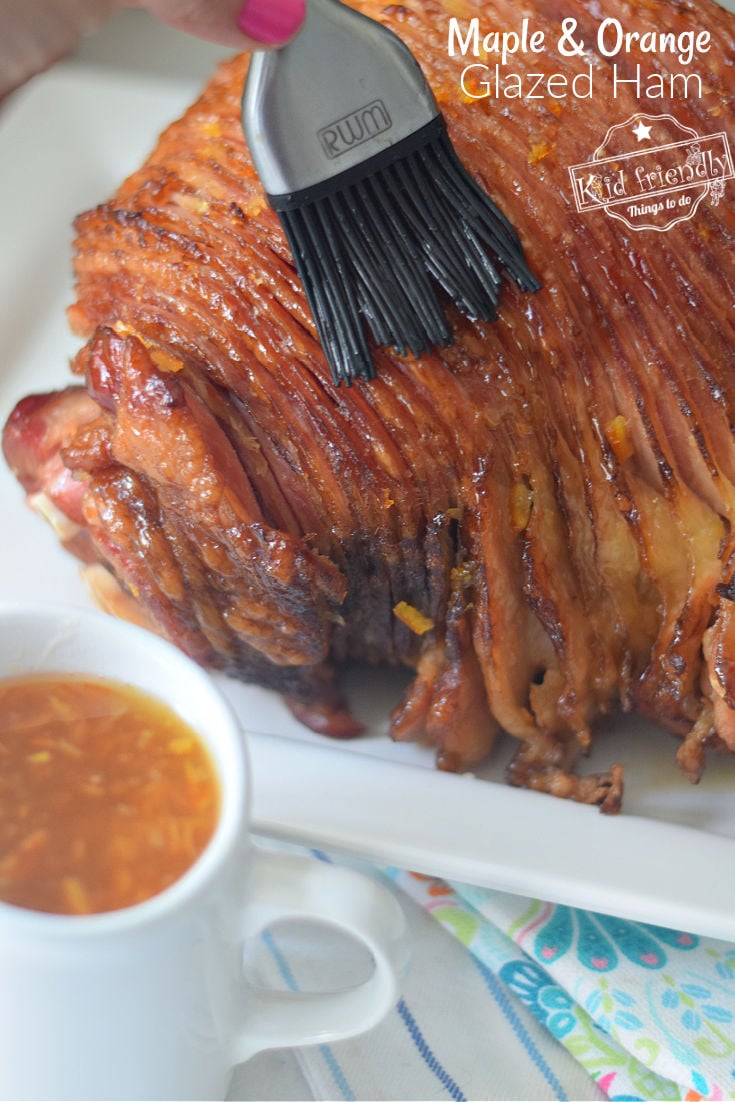 Should you put liquid in the bottom of the roaster for ham?

How do you place ham in the roaster?

Maple and Orange Glazed Ham – Kid Friendly Things To Do 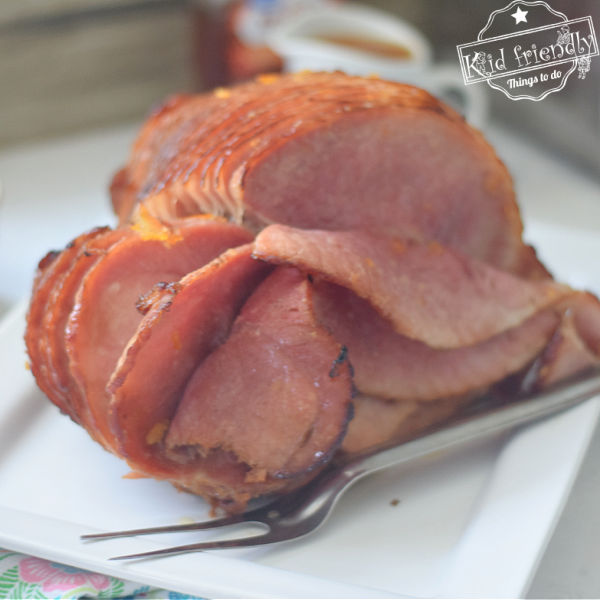 Maple and orange glazed ham recipe for the holidays.

Store leftover ham in the refrigerator for 3-4 days

How To Brine A Turkey {An Herbed Brine Recipe}

Over 25 Camping Tips, Hacks and Recipes for Camping with Kids