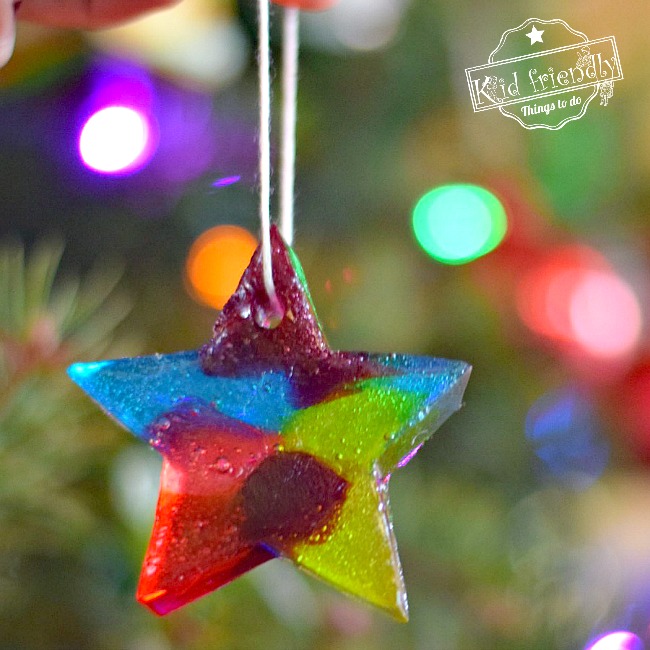 Lately, I’ve been trying to carve out some time to make these Melted Jolly Rancher Ornaments with the kids. I saw the idea in a craft book last fall, and I’ve been dying to experiment with it. Finally, last weekend, I had the supplies and the time to make my Jolly Rancher Ornament dream come true! The kids and I had so much fun seeing the different designs made from the candy. We were so impressed with the ornaments that we made two batches.  I learned a lot about this craft idea, and I can’t wait to share the “how to” with you. Come on in and I’ll show you how to make Melted Jolly Rancher Ornaments – A Fun Christmas Craft

I’ll warn you ahead of time, this has definitely got to be a team craft. The kids can handle the first half and the end of the crafting, but because the candy has to get to a hot melting point…an adult should handle the baking and handling during that stage.

They’ll be excited and amazed when you present them with their cooled off ornament. 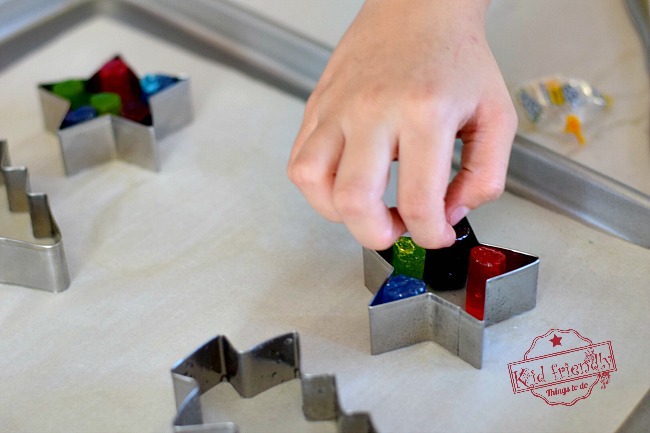 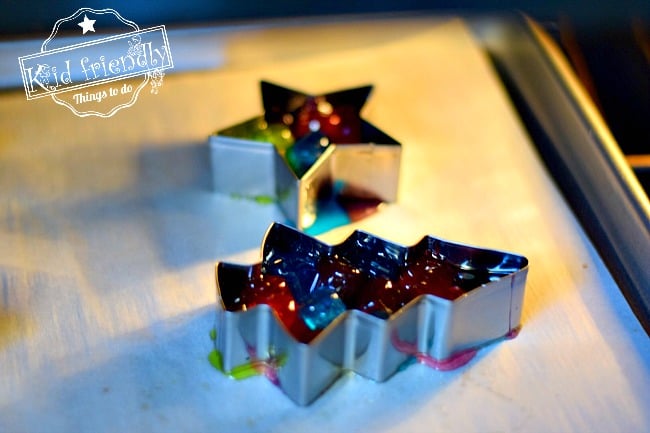 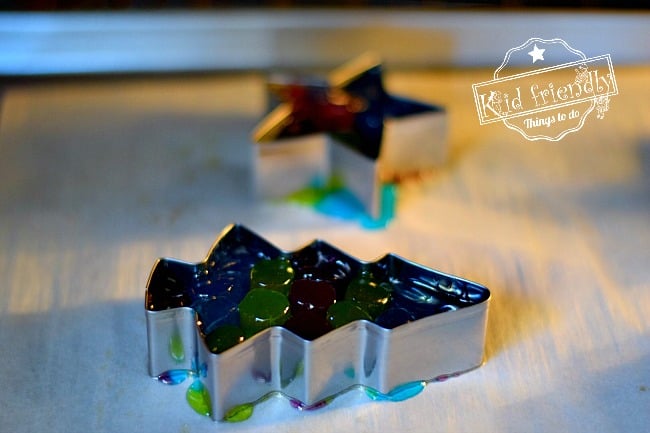 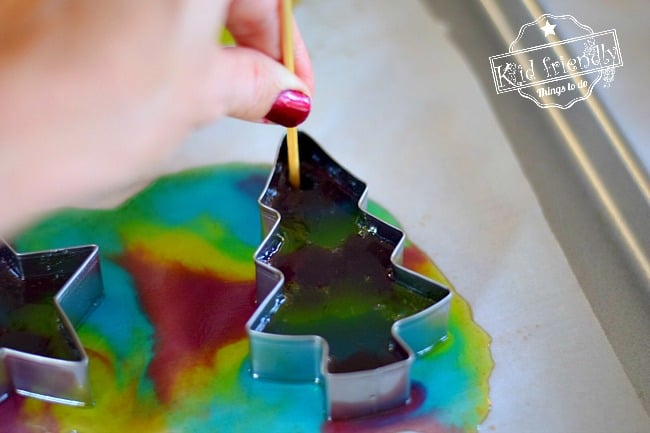 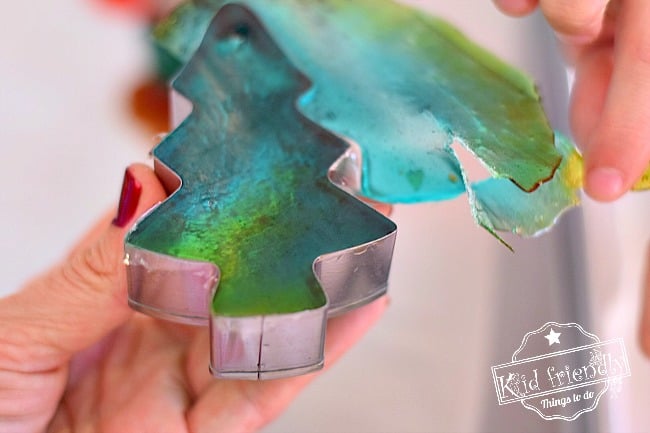