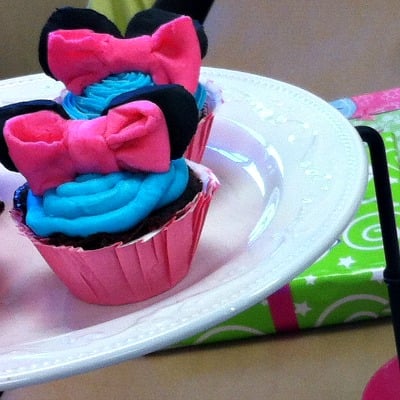 Are you looking for Disney treat ideas? Try some of my other fun food ideas, like:

Pinterest! I love Pinterest! Pinterest is a paperless magazine of ideas. As my youngest daughter’s birthday advanced, I pinned every Minnie Mouse birthday idea that I saw on Pinterest. These Minnie Mouse inspired cupcakes seemed easy enough. And, I knew that if I could pull it off, these cupcakes would steal the show. They are not your typical Minnie Mouse colors. The birthday girl requested blue frosting. Who am I to argue with the birthday girl?!