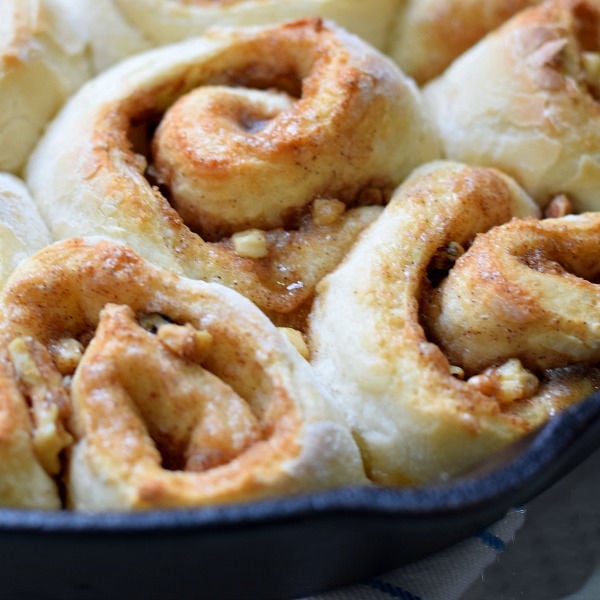 This Cinnamon Rolls recipe is, hands down, one of the best I’ve ever tasted. To top it off, it’s made from frozen bread dough. Now, that’s a huge time saver. Because the dough is already made for you, this cinnamon roll recipe would be a great recipe for the holidays.  Come on in and I’ll share the Best Cinnamon Rolls Made with Frozen Bread Dough… 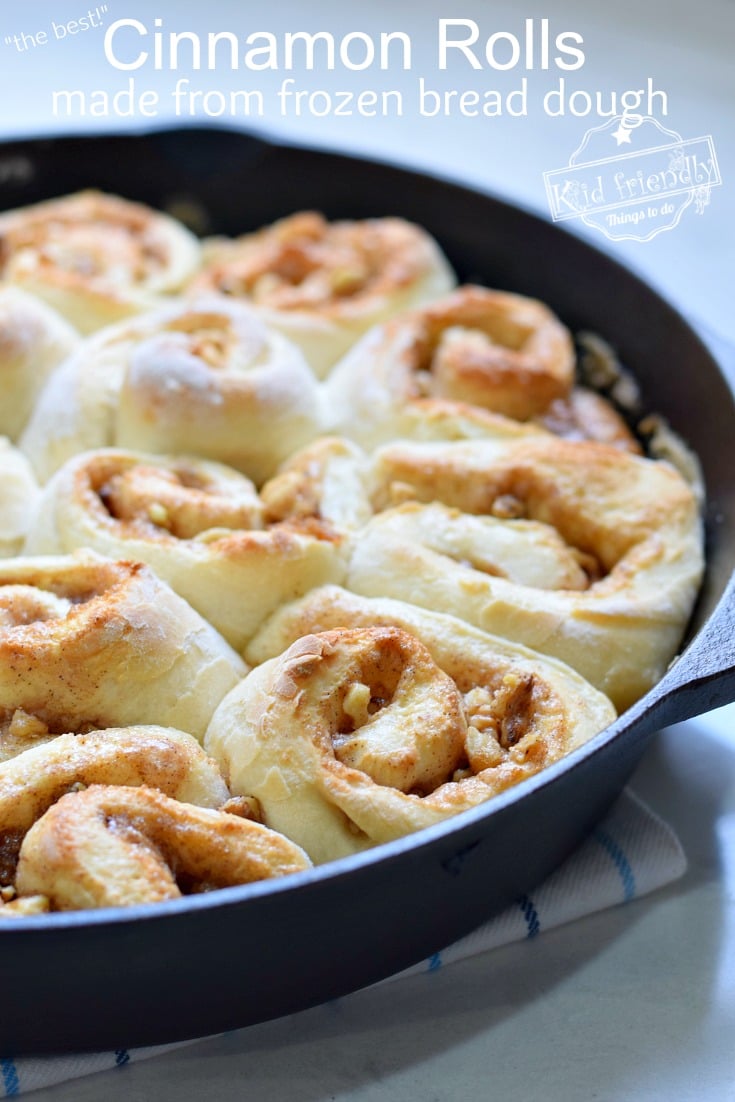 Seriously, though. Just look at those fluffy Cinnamon Rolls just waiting to be eaten. 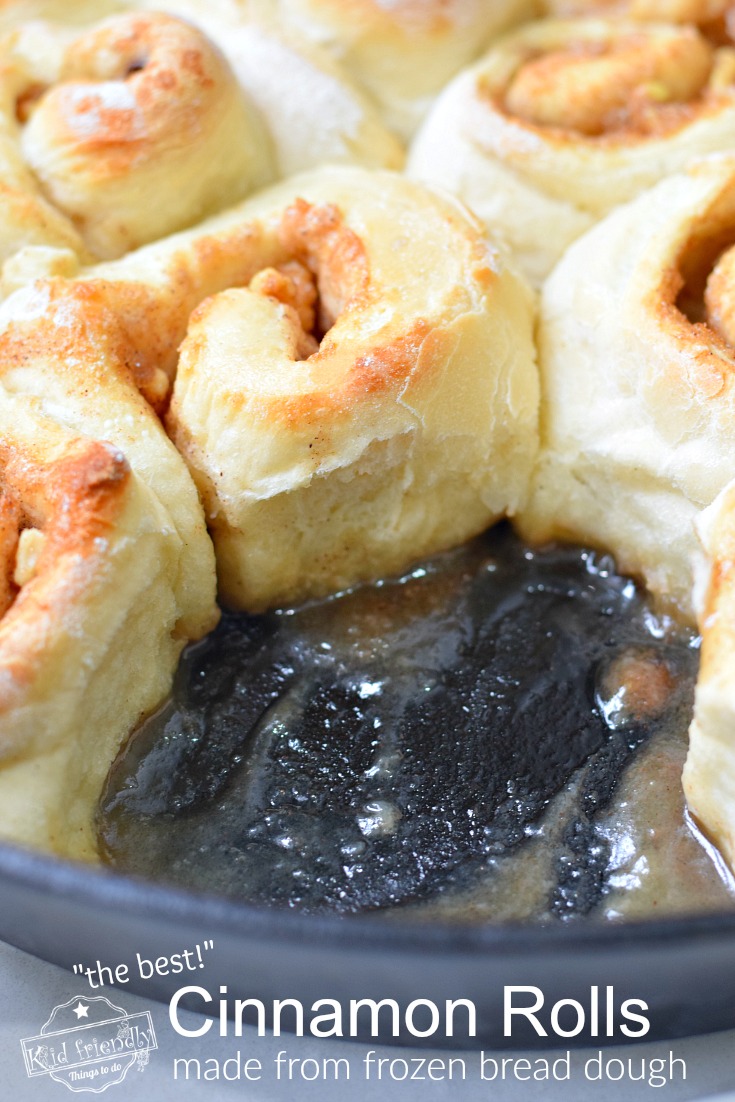 I’m not sure that any other food gets me more excited than a truly delicious cinnamon roll with the perfect balance of bread and gooey caramelized cinnamon.

This was actually my second attempt at creating really good cinnamon rolls using the shortcut of frozen bread dough. The first attempt failed miserably. They were too sweet and there was absolutely no caramelization. I know that everyone’s tastes are different, but if I don’t like it, it doesn’t make the cut for sharing with you. 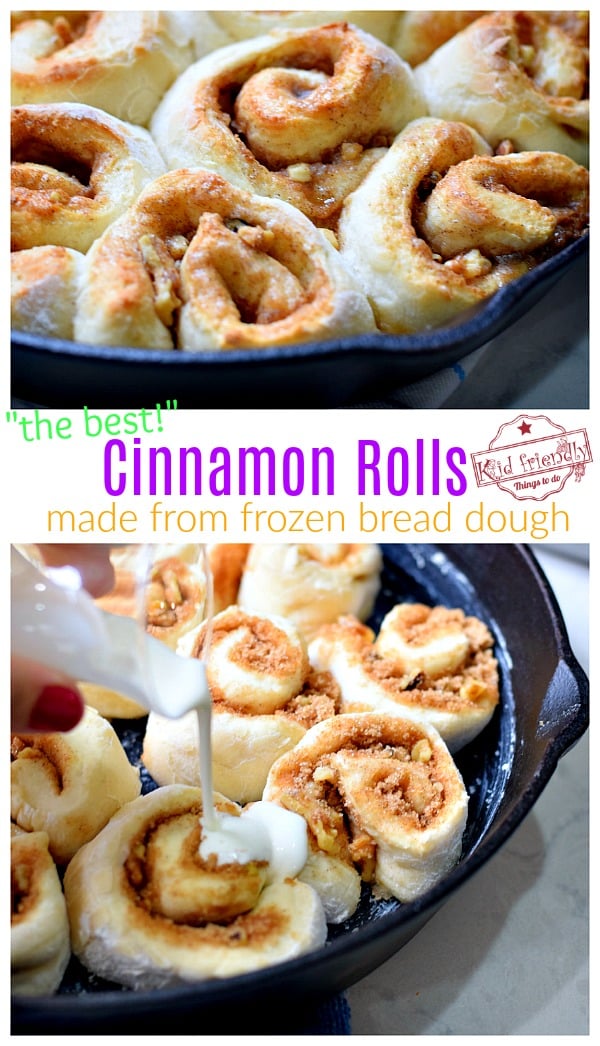 Thank goodness, I pressed on with another recipe. This one is definitely share-worthy! 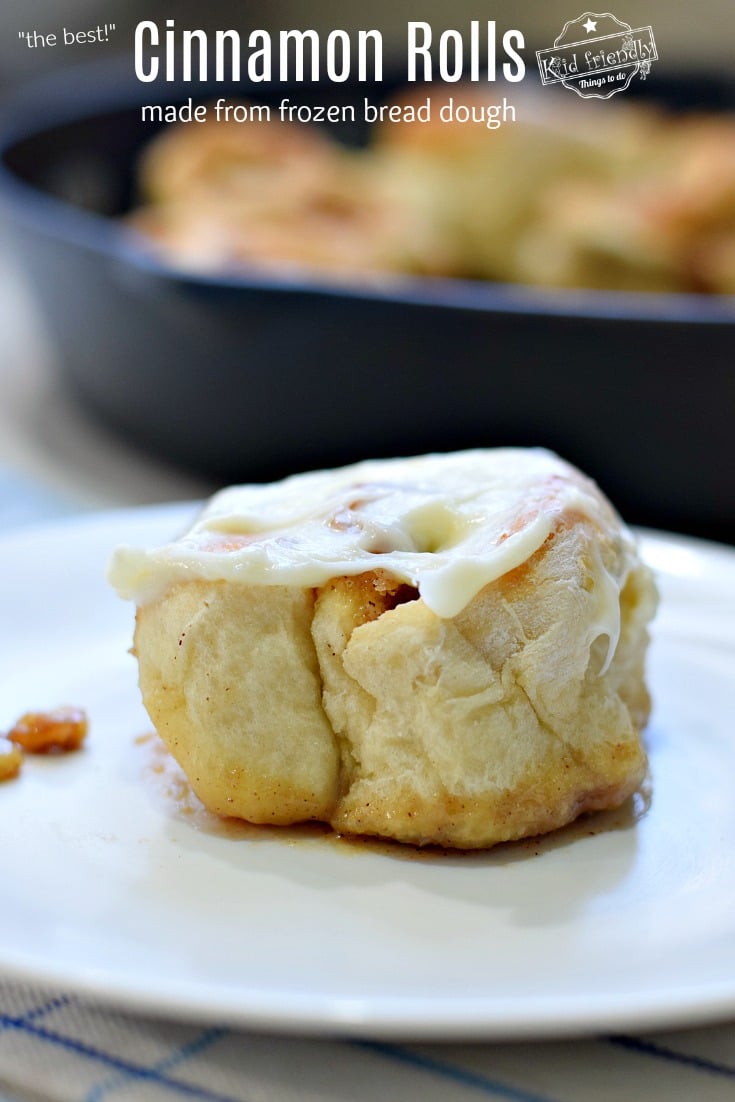 I’ll even share a simple recipe for a delicious Cream Cheese Frosting. However, I prefer them without the frosting. 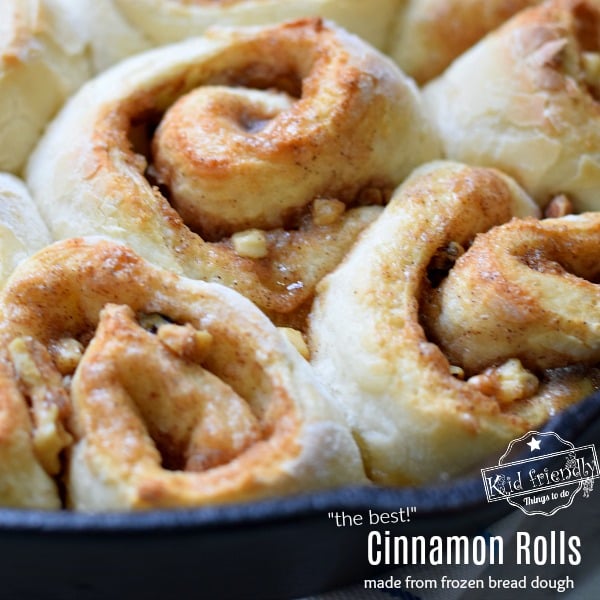 These can technically be considered “Make-Ahead Cinnamon Rolls” which are great for the holidays. Just thaw the dough in the refrigerator overnight. You’ll want about 1 hour for rising plus prepping (about 15 minutes) and baking, in the morning.

What is the difference between Cinnamon Rolls and Cinnamon Buns?

How do you keep Cinnamon Rolls from Sticking to the pan?

Tips on getting your bread dough to rise and double

Here are my top Amazon Picks for this delicious recipe…

Finally, here’s the recipe for The Best Cinnamon Rolls – Ever (in my opinion)!

{The Best!} Cinnamon Rolls Made with Frozen Bread Dough | Kid Friendly Things To Do 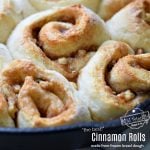 The best Cinnamon Rolls made with Frozen Bread Dough. 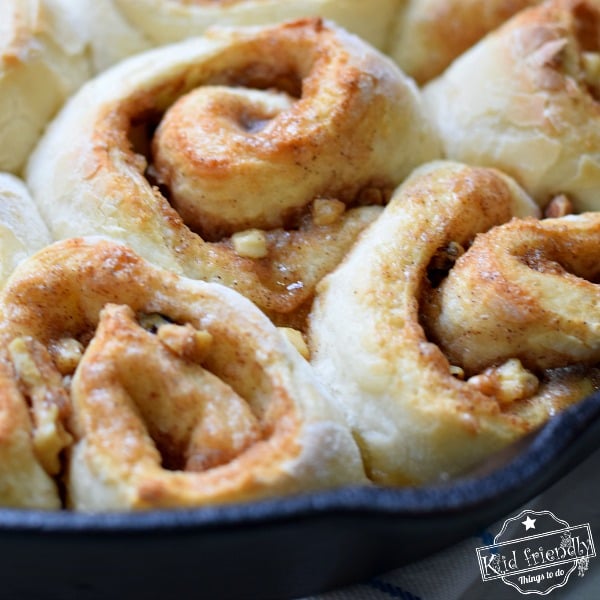