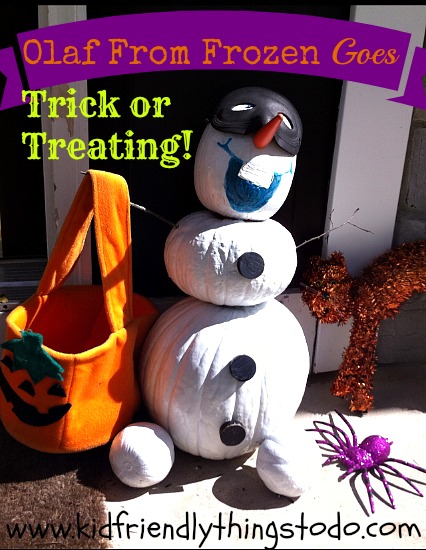 Olaf Goes Trick or Treating with this Olaf Pumpkin Decorating Idea for your front porch.

If you’re looking for a few Halloween Porch Decorating Ideas, check these out…

I’ve been thinking of this idea for a month, but haven’t really had time to completely devote to it. Yesterday…I finally assembled the white-painted pumpkins, and made Halloween Olaf! He looks so excited to go Trick or Treating. I took pictures of him like he was a model, then quickly broke him down so the neighbors didn’t think I was crazy. It’s only September, and I have a snowman on the front porch. Come…October first, I am Olafing the front porch for the kids to enjoy

Here’s What I did to Make Olaf… 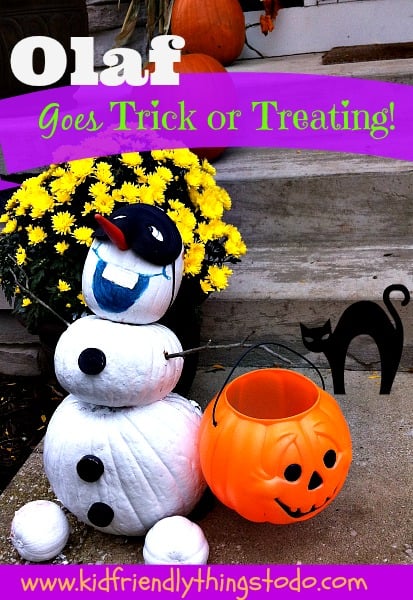 And…that’s what I did to make this cutie pie! I can’t wait until October 1st – he’s Soooooo going on the front porch! The kids are gonna love him! 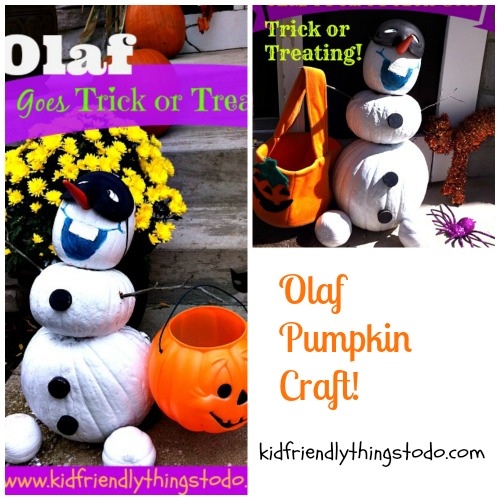 A Mummy Craft For Halloween